“By killing my father they have put me on notice of their intentions. If extradited, I fear it would not be long before I, too, would be disposed of and my little children orphaned.”

Mr Adamescu added: “Should the UK ignore my, and many others’ warnings, about the parlous state of justice in Romania and fail to prevent my unlawful extradition, it is inevitable that I will be subject to the same persecution and abuse that claimed my father’s life. I have no doubts that I’m to be done away with next to finish the job.”

Mr Adamescu claims the authorities are using the European Arrest Warrant to seek his extradition from Britain on the pretext of fighting corruption at home.

His crime was to challenge the Romanian state – for Romania’s mistreatment of his father, for the economic raid on the businesses his father built and as and owner of the country’s independent Romania Libera newspaper.

Find out more about Romanian government’s politically driven persecution and regular misuse of the European Arrest Warrant process at: friendsofalexanderadamescu.org, and sign our petition at bit.ly/adamescu-petition.

People on the streets of Bucharest are exposing a darker side of the government’s anti-corruption efforts that have been much lauded by the United States and the European Union. To many of the demonstrators, the anti-corruption fight itself has become corrupt. VOA’s Luis Ramirez reports.

Alexander Adamescu a German citizen and legal resident of the United Kingdom who is the victim of political persecution by Romania.

On Monday 13th of June the we hosted a briefing on the abuse of the European Arrest Warrant system by Romania and Bulgaria, which in some cases is being used to settle political scores and raid assets. The focus of the event was the case of Alexander Adamescu, a German citizen resident in London. He is the subject of a Romanian EAW issued in connection with a case that is overtly political.

Alex Adamescu was on his way to the venue to take part in the event. The London Metropolitan Police were waiting for him outside the venue, prevented him from speaking, and took him into custody.

This is footage of the arrest and of the event that followed. Panelists include Eeva Heikkila, Adriana Adamescu (replacing Alex), Radu Moraru, Neil Barnett and Peter Oborne. Joseph Sternberg was the moderator.

If Dan Adamescu’s allies have it right, the publisher of Romania’s leading opposition newspaper, the aptly-titled Romania Libera, is being persecuted for opposing outgoing prime minister Victor Ponta. The charge?

Publishing a periodical which, for the better part of two decades, has served as an independent platform for investigative journalism in the former communist country.

Now awaiting trial on corruption charges, the future does not look bright for the 66-year-old. Jewish entrepeneur. Adamescu’s son Alexander spoke to EurActiv about his father’s plight. 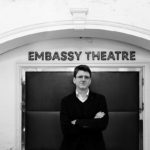 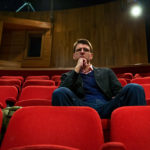 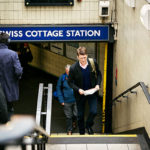 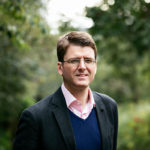 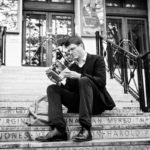 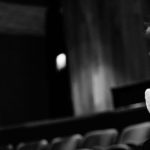 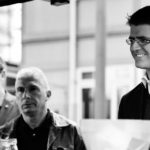