Romania is a serial abuser of human rights

The European Convention on Human Rights (ECHR) is an international treaty to protect fundamental freedoms and human rights. The 47 member states of the Council of Europe are signatories of the ECHR, including all EU countries as well as many others such as Russia, Turkey and Ukraine.

Applications alleging a member state has violated the articles of the ECHR are heard at the European Court of Human Rights (ECtHR), which delivers judgements in favour or against member states.

According to the ECtHR, Romania is a serial abuser of human rights. From 2014 to 2017 Romania has had the most judgements made against it of all EU member states, and falls behind only Russia, Turkey and Ukraine for number of violations among the 47 ECHR states.

The two Articles of the ECHR that Romania consistently violates are:

In terms of numbers of violations of these two Articles, Romania is the worst EU member state. From 2014 to 2017 Romania ranked behind only Russia for violations relating to inhuman or degrading treatment, and ranked between second and fifth worst for violations of the right to a fair trial variously behind Russia, Turkey, Ukraine and Azerbaijan.

Why we should care

Romania’s standards of human rights lag far behind the standards expected of an EU member state, yet continue to be tolerated. These multiple and repeated violations of fundamental human rights should be of concern to any decent person anyway, but they are particularly concerning when it comes to Romania because of the additional privileges EU membership brings.

Romania’s membership of the EU includes its membership of the European Arrest Warrant system, which leaves every other EU citizen – including those of us living in the UK – vulnerable to these abuses. At the moment the UK government hopes to replicate the mechanisms of the EAW from outside of the EU, continuing this vulnerability to human rights abuses even after Brexit.

End ‘trust, but not verify’: Why the UK must halt extraditions to Romania immediately

Campaign group Due Process argues that Romania’s track-record on human rights means that extraditions should be halted immediately. 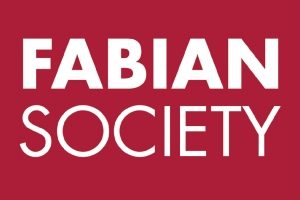 A report by the Fabian Society calls for reform of the EAW, using the political motivation in the Adamescu case as an example of abuse.